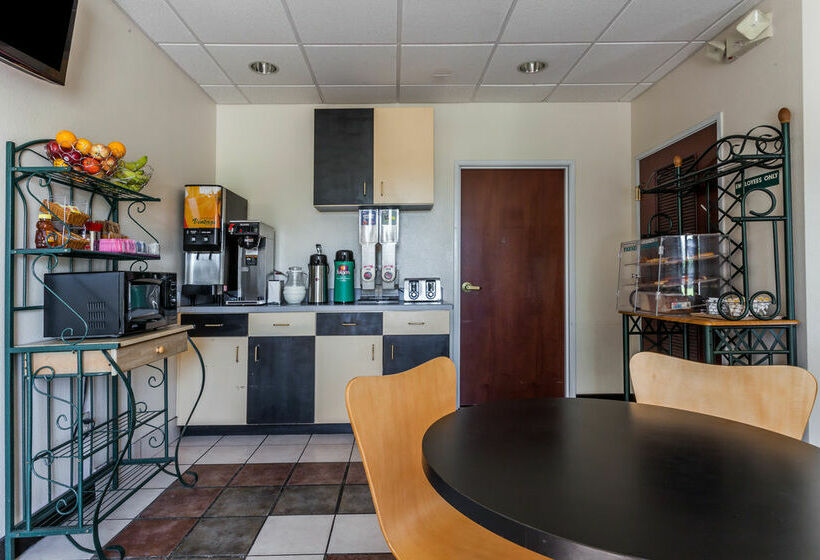 When you stay at Howard Johnson Express Inn / Airport in Louisville, you'll be near the airport and close to Freedom Hall and Churchill Downs. This hotel is within close proximity of Kentucky Exposition Center and Papa John's Cardinal Stadium. Featured amenities include complimentary newspapers in the lobby, a 24-hour front desk, and multilingual staff. A roundtrip airport shuttle is complimentary (available 24 hours). Make yourself at home in one of the 44 air-conditioned guestrooms. Complimentary wireless Internet access keeps you connected, and satellite programming is available for your entertainment. Private bathrooms with shower/tub combinations feature complimentary toiletries and hair dryers. Conveniences include safes and desks, and housekeeping is provided daily.