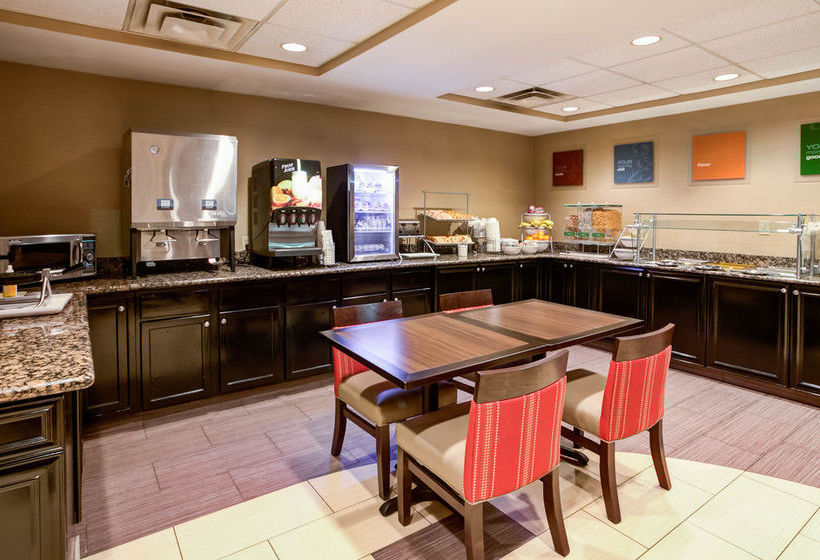 Centrally located in Charlotte, Comfort Suites Airport is convenient to Carolinas Aviation Museum and Dowd House Historic Site. This hotel is within the vicinity of Bryant Park and Abbott Park. Don’t miss out on recreational opportunities including an indoor pool and a fitness center. This hotel also features complimentary wireless Internet access and a television in the lobby. Featured amenities include a business center, express check-out, and complimentary newspapers in the lobby. Event facilities at this hotel consist of conference space and meeting rooms. A roundtrip airport shuttle is complimentary at scheduled times. Make yourself at home in one of the 84 air-conditioned rooms featuring refrigerators and microwaves. Complimentary wireless Internet access is available to keep you connected. Bathrooms have complimentary toiletries and hair dryers. Conveniences include desks and separate sitting areas, as well as phones with free local calls.