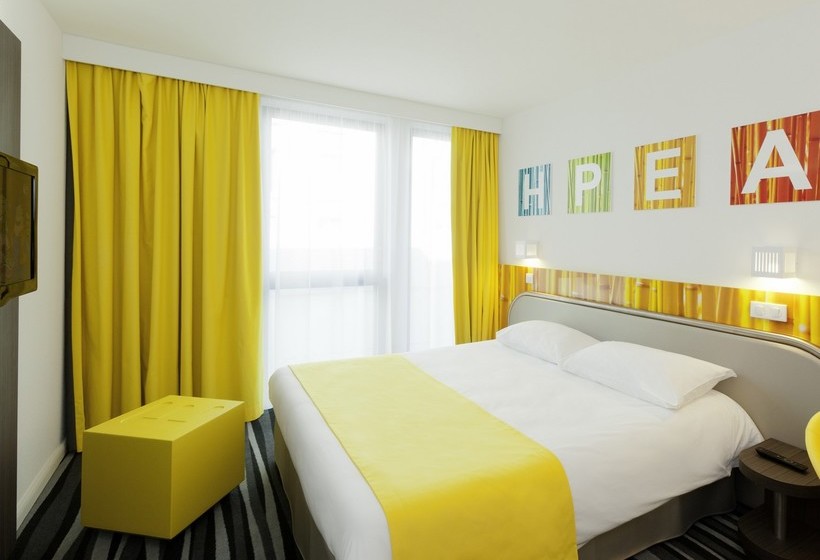 This hotel is close to Louvre Museum and Eiffel Tower.Rooms Make yourself at home in one of the 115 air-conditioned rooms featuring flat-screen televisions.

Complimentary wireless Internet access keeps you connected, and satellite programming is available for your entertainment. Private bathrooms with bathtubs or showers feature complimentary toiletries and hair dryers. Conveniences include phones, as well as desks and complimentary newspapers.

Take in the views from a garden and make use of amenities such as complimentary wireless Internet access and an arcade/game room.Dining Take advantage of the hotel's 24-hour room service. Quench your thirst with your favorite drink at a bar/lounge.Business, Other Amenities Featured amenities include complimentary newspapers in the lobby, a 24-hour front desk, and multilingual staff. Planning an event in Montrouge? This hotel has 1292 square feet (120 square meters) of space consisting of conference space and meeting rooms. Self parking (subject to charges) is available onsite.