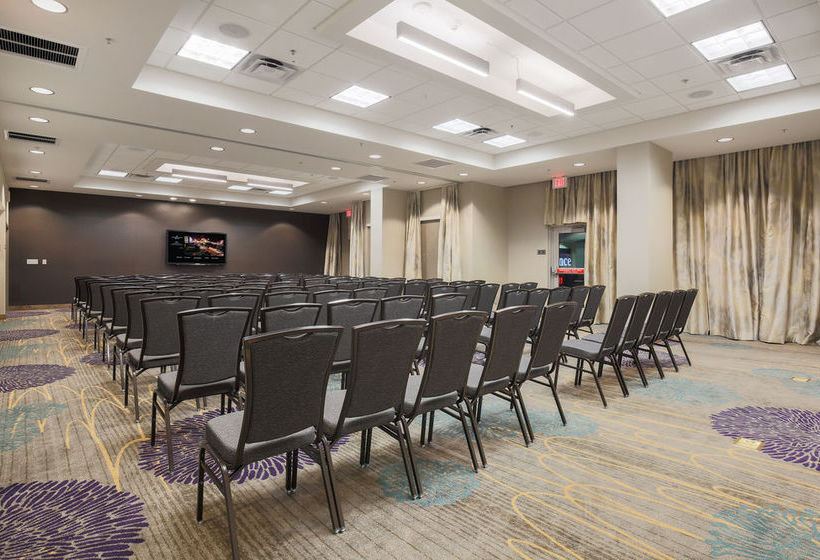 With a stay at Residence Inn by Marriott San Jose Airport in San Jose, you'll be in the business district and convenient to Avaya Stadium and Santa Clara University. This hotel is within close proximity of San Jose Municipal Golf and Edward Peterman Museum of Railroad History. Don’t miss out on recreational opportunities including an outdoor pool and a 24-hour fitness center. Additional amenities include complimentary wireless Internet access, a fireplace in the lobby, and a television in the lobby. Featured amenities include a 24-hour business center, a computer station, and express check-in. Planning an event in San Jose? This hotel has 5000 square feet (465 square meters) of space consisting of conference space and meeting rooms. A roundtrip airport shuttle is complimentary at scheduled times. Make yourself at home in one of the 176 air-conditioned rooms featuring kitchens with full-sized refrigerators/freezers and stovetops. Your room comes with a pillowtop bed, and all rooms are furnished with double sofa beds. Wired and wireless Internet access is complimentary, while 48-inch flat-screen televisions with cable programming provide entertainment. Conveniences include desks and complimentary newspapers, as well as phones with free local calls.