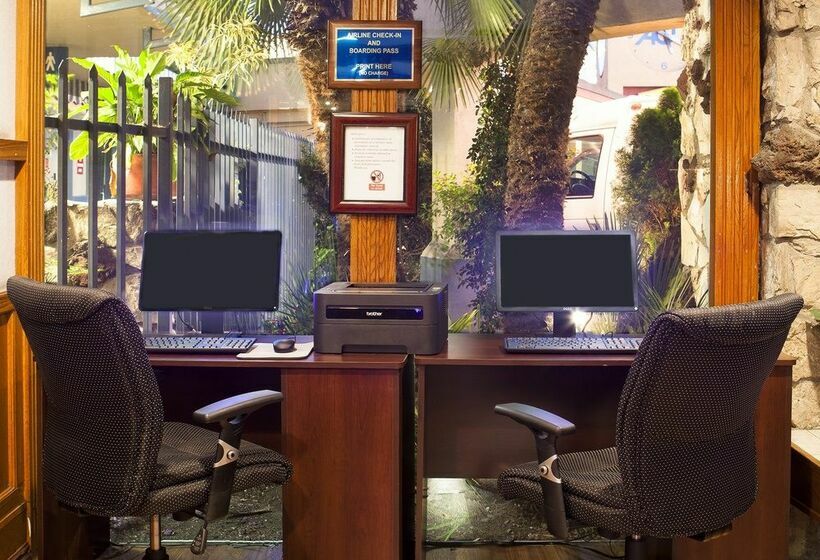 When you stay at Travelodge Hotel at LAX Airport in Los Angeles, you'll be near the airport and convenient to Automobile Driving Museum and Toyota Sports Center. This hotel is within close proximity of Hollywood Park Racetrack and Hollywood Park Casino. Don’t miss out on recreational opportunities including an outdoor pool and a fitness center. Additional amenities include complimentary wireless Internet access, concierge services, and gift shops/newsstands. Featured amenities include a 24-hour business center, a computer station, and complimentary newspapers in the lobby. A roundtrip airport shuttle is complimentary (available 24 hours). Make yourself at home in one of the 147 air-conditioned rooms featuring refrigerators and flat-screen televisions. Complimentary wireless Internet access keeps you connected, and cable programming is available for your entertainment. Private bathrooms with bathtubs or showers feature complimentary toiletries and hair dryers. Conveniences include desks and complimentary weekday newspapers, and housekeeping is provided daily.