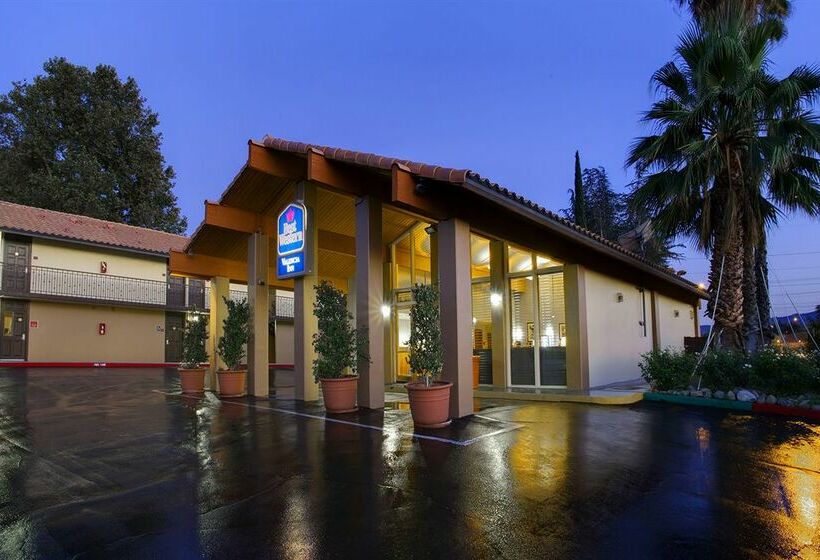 With a stay at Best Western Valencia Inn in Valencia (Santa Clarita - Magic Mountain), you'll be minutes from Valencia Country Club and close to Six Flags Magic Mountain. This hotel is within the vicinity of Six Flags Hurricane Harbor and Mountasia Family Fun Center. Be sure to enjoy recreational amenities, including an outdoor pool, a spa tub, and a 24-hour fitness center. Additional features at this Mediterranean hotel include complimentary wireless Internet access, a fireplace in the lobby, and a television in the lobby. Featured amenities include a 24-hour business center, a computer station, and express check-in. Free self parking is available onsite. Make yourself at home in one of the 120 air-conditioned rooms featuring refrigerators and LCD televisions. Cable programming and video-game consoles are provided for your entertainment, while complimentary wireless Internet access keeps you connected. Private bathrooms with shower/tub combinations feature complimentary toiletries and hair dryers. Conveniences include desks and microwaves, as well as phones with free local calls.